From time to time, I post short extracts from my books. Here is another, prompted by last night’s start of the BBC’s dramatisation of Hillary Mantel’s prize-winning novel, Wolf Hall.

Summary of the book

In-between writing ‘proper’ books, I often dash off an essay on anything that amuses me or otherwise catches my attention. Fingers to the Keyboard is an eclectic mix and collection of these essays on topics such as the stupidity of politicians, the idiosyncrasies of English grammar, the baiting of scammers, the trials and tribulations of being hard of hearing, commentaries on various sports, religious extremism, the beauty of mathematics, film and book reviews, and a miscellany of grumpy old man moans and groans.

I’ve been a follower of the Man Booker Prize for Fiction for quite a few years. I usually buy the annual winner and with one exception which I’ll come to in a minute, I’ve enjoyed the winning book. Life of Pi (Yann Martel, 2002) was enjoyable with a terrific twist at the end. The Sense of an Ending (Julian Barnes, 2011) was good until the end which I thought was not an end at all. Others I’ve enjoyed were The God of Small Things (Arundhati Roy, 1997), The White Tiger (Aravind Adiga, 2008), The Famished Road (Ben Okri, 1991), The Remains of the Day (Kazuo Ishiguro, 1989 – also a great movie by the way), and The English Patient (Michael Ondaatje, 1992 – another great movie). 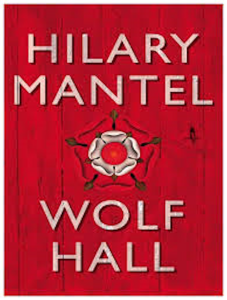 And then along came Wolf Hall by Hilary Mantel, the winner in 2009. As usual, I bought the book – a thick hardback that must have cost me a small fortune (around £20 I think). I don’t usually read historical novels but I thought – Man Booker Prize winner, must be good, get with it Bennetts, dish the cash.
I have to say that in all my life I can only once recall abandoning a novel within the first forty pages – that novel was Wolf Hall. The book was awful. The author introduced a new character every other page plus she kept skipping to a new story line; she made use of offensive four-letter words unnecessarily in my opinion; the dialogue was confusing – just strings of speech with no indication of who was saying the words or to whom; and the story quite frankly did not grab my attention. Trying to get into the story was hard work and boring at the same time. In addition, the name of her main character, Thomas Cromwell, was confusing. Were we talking about someone related to Oliver Cromwell or was the surname Cromwell just a coincidence?

(I since found out that Thomas Cromwell was Henry VIII’s chief minister and a principal architect of the English Reformation, the withdrawal of the English church from the Rome-based Catholic church. This was done to allow an annulment of Henry’s marriage to Catherine of Aragon so that he could marry his mistress Anne Boleyn. But even if I had known this it would not have altered my opinion of the book. It’s a historical novel after all and thus a fictional story woven around a few facts and lots of speculation. Knowing more about the key players does not change the fictional status of the book or necessarily make it more enjoyable or plausible.

By the way, Oliver Cromwell came later. He was a great-great-grandson of Thomas Cromwell’s sister Katherine.)

In the end I gave up and the book ended up in a pile of books we recently gave away to a charity shop.

I wondered about my reaction to this book. Was I missing something? After all, winning the Man Booker Prize is no mean feat and the ‘judges are selected from among leading literary critics, writers, academics and leading public figures’ according to Wikipedia’s article on Man Booker (http://en.wikipedia.org/wiki/Man_Booker_Prize#Winners). Maybe it was the historical aspect of the novel that I didn’t like? I’ve read historical novels before and enjoyed them. I went back and re-read some of the earlier pages and still I found the prose dull, the story uninteresting, and the constant toing-and-froing between different story lines confusing and irritating. I gave up again but this time I did a Google search to see what professional reviewers and critics thought about the book back in 2009. Maybe they thought the same as me? But no: without exception, their reviews were glowing. Praise for the prose, the pace, the multiple story lines, the historical accuracy … in fact praise for everything I disliked. Hilary Mantel was the new goddess of historical novels and she thoroughly deserved the £50,000 prize money, they concluded. 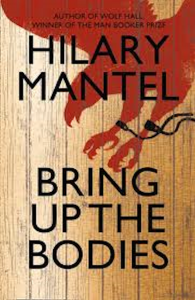 To this day, I do not agree with any of the reviewers of Wolf Hall and you can guess at my disappointment when I learnt this morning that Mantel’s sequel to Wolf Hall, a novel called Bring up the Bodies, had won the 2012 prize. The chairman of this year’s panel, Sir Peter Stothard, even called her ‘the greatest modern English prose writer.’ Surely not? Her prose does nothing for me. If you want to read good prose, read anything by Jim Crace or John le Carré neither of whom has ever won the Man Booker Prize. If you want to read a good page-turning story, read anything by Brian Moore, the Irish novelist who died in 1999. But, whatever you do, do not read either of Hilary Mantel’s tomes. I can’t vouch for the second novel but the first novel deserved to be consigned to the waste paper basket, or to a charity shop, in my opinion.

My fear now is that the third novel (she is writing a trilogy) due out in two years’ time will not only be submitted to Man Booker but may even win. If I believed in a god, I would be praying that this is not the case. Given that I don’t believe, all I can do is hope that the Man Booker judges will come to their senses and award the prize to someone who can write good English, create an interesting story line, and put together a novel that entrances, intrigues, tantalises, educates and leaves you gasping for more. On the basis of my sampling of Wolf Hall, Hilary Mantel’s books do none of these things.

Footnote.  I did not watch the opening episode last night.  I am not drawn to historical dramatisations plus, of course, my reaction to the book was not conducive to watching the adaptation on the television screen.  Nor does Damian Lewis attract me as an actor.  But, to be fair, the critics were mostly favourable this morning but, then again, they also favoured the book when it won the 2009 Man Booker Prize!