In the years when I practised as an electronics engineer I belonged to an organisation called the Institute of Electrical and Electronic Engineers, the IEEE. When I retired, the IEEE made me a Life Member and, as such, I still receive the IEEE’s house magazine, Spectrum. This magazine is like Scientific American for electrical/electronic engineers and keeps me informed on what’s happening in the world I inhabit, once as a contributor, now just a consumer. 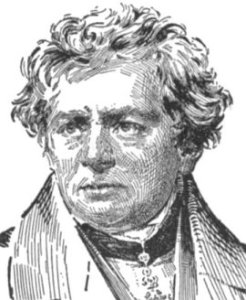 Recently, Spectrum carried a two-page advertisement for what was termed a monograph authored by Eugene F Adiutori. The title of Adiutori’s essay (it’s not a monograph) was Why laws such as Young’s law and Ohm’s law should be abandoned and the (new) laws that should replace them, my addition in brackets. Now, I’ve never heard of Adiutori and ordinarily would not have been drawn to his essay but my eye caught the reference to Ohm’s law and the need to abandon it. Without getting too technical, Ohm’s law is fundamental to our understanding of how the flow of an electric current in a conducting medium, a copper wire say, is influenced by the force causing it to flow and the resistance put up by the medium. Put simply, the amount of current I (measured in amps) is given by the force V (measured in volts) behind the current divided by the resistance R (measured in ohms) the current meets in the medium. The relationship is written as I = V/R.  If, for example, we double the force by adding another AA battery in series—1.5 volts becomes 3 volts—then the amount of current also doubles. Similarly, if we change a resistor from, say, 180 ohms to 360 ohms, the amount of current halves. This is known as a linear relationship—you change something and something else changes proportionally.

Ohm’s law is one of the fundamental laws of physics on which we base the design of electronic systems. The smartphone, tablet or laptop you use every day is absolutely brimming with currents obeying Ohm’s law. Somewhere, someone has sat and worked out how to use currents and voltages to make those pictures appear on your tiny smartphone screens, how to connect to a WiFi system or cellular network system, how to create the sounds you hear through your earpiece, and so on. Without Ohm’s law, none of this would happen!

Okay, it’s more complex than I’m making out but you see now why I was drawn to the title of Adiutori’s essay. Here was a man questioning one of the foundations of electronic engineering. I know that not all current flows obey the simple linear relationship expressed by Ohm’s law—the non-ohmic flow of current through the p-n junction of a semiconductor diode, for example—but physicists and electronic designers understand these non-linearities and have adjusted the laws to cope. They’ve also thrown more variables into the mix, such as variations in temperature, and have built a complex theory of design based on fundamental laws such as Ohm’s law. It takes a brave man to challenge these fundamental laws and furthermore to call for an abandonment.

I didn’t pursue Adiutori’s reasoning. I did look briefly at his essay, downloadable here, to see what more I could learn about his thesis but the thought came to me—this man is a maverick. This man is unorthodox, an independent-minded person (COED definition) and it brought to mind the one and only true maverick I have known, albeit only briefly. His name was Demetrius Zissos and in the one-hour exposure I had to him, he changed my life dramatically.