Did you watch it?  Were you ‘gripped’ by the thrilling climax?  Did you gasp at the denouement?  Did you have even an inkling who the bad guy was?  Are you eagerly awaiting Series 2?

What am I talking about?  Last night’s final episode of the BBC’s 6-episode Bodyguard drama, that’s what.  Who would have guessed that the bad guy would turn out to be…

… the good guy’s boss, and that the bomb-maker was… well, how implausible was that?

I’m not going to analyse the hell out of Bodyguard, despite the plot holes.  What I’m going to do is show you how to write a story like Bodyguard and thus become a successful writer of enthralling television dramas.  Pay attention, for this formulaic approach to writing a drama story could make you rich.

Here’s the formula.  It’s all in the planning. 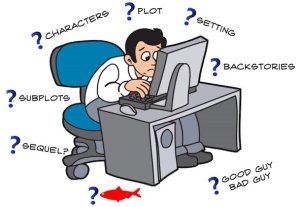 First, you decide on the theme of the story.  A good opening murder always works well, or an espionage story, or something to do with the shady world of pharmaceuticals, or political shenanigans (as per Bodyguard), or the war on drugs, or people trafficking, or…  Pick your theme, research it well, and start developing your characters and how they will interplay within the story. 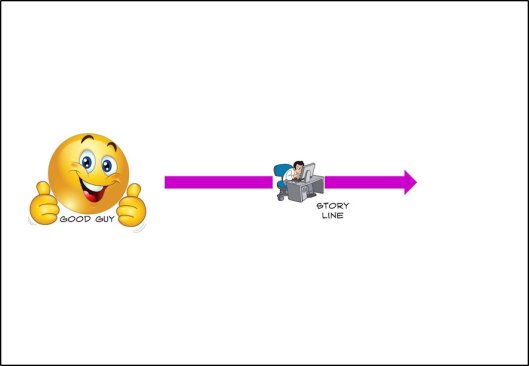 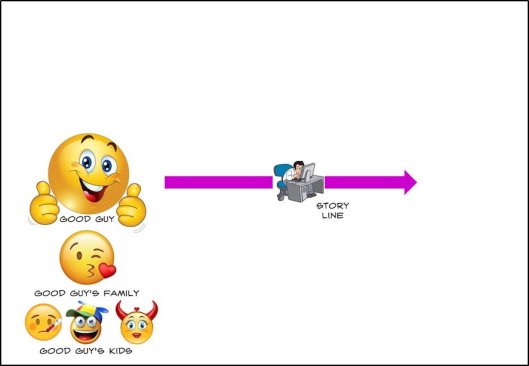 Now give the good guy a family to add a personal characterisation.  An estranged wife works well, as do either cute pre-teen kids, one slightly cheeky (to raise a smile) and another possibly sickly (to evoke compassion), or sexy rebellious female teenagers who, although surly and streetwise, always turn out fine in the end.

Finally, assign some sidekicks to the good guy: a goofy nerdy friend who knows absolutely everything about technology and works in a back room on an array of computers and CCTV or drone images and provides go-left go-right directions during a car chase; a clever guy who knows everything there is to know about everything and who can solve mysteries that date back to the dawn of time; and a friend who is destined to be killed somewhere along the way to evoke sympathy and empathy from the viewers.

Now it’s time to decide who will be the bad guy in your story.  You can either make it blatantly obvious by showing his, or her, colours straight away, or by making it the least obvious player, as in Bodyguard.  If you elect for the first approach, make sure your bad guy is dressed in black, sports a moustache or beard, swears a lot, and carries a weapon.  The second approach is more subtle and makes for a cliff-hanger finale, also known as ‘the twist’.  Make your bad guy seemingly innocuous within the storyline, mild of manner, supportive of the good guy, and with no apparent hidden agenda.

Okay, that’s the hard part done.  Now we get to the fun part – developing the detail of the storyline and bringing in all the red herrings.  Each red herring must (a) physically look like a villain, and (b) have a backstory and motivation that suggests they could be the villain.  As each red herring is brought into play, strongly  link their story in with the good guy and weakly link with the bad guy.  This is where most drama writers fall down.  They leave plot holes that, retrospectively, cause the viewer to say, “Wait a minute!  How did so-and-so get hold of…?  Why did so-and-so do or say so-and-so…?  When did so-and-so get the chance to…?” and so on.  For example, when did Nadia make the suicide vest that Luke Aikens strapped to David Budd’s body?  She has been in custody ever since the tense bomb-on-the-train opening of episode 1?  Did she have a stockpile of suicide vests? Did Luke Aikens have the know-how to safely strap and arm a vest onto David Budd? It’s got me beat.

(For this, and other unanswered questions, take a look here.)

And that’s it.  Create your characters.  Assign them their role.  Develop the red herring side-tracks enough to keep the viewers guessing but not enough to cause a major disruption to the credibility of the ending.  And then reveal all in the last ten minutes to leave the viewer reeling and gasping at the sheer audacity and brilliance of your story.  Oh, and one more thing.  Leave a few unanswered questions.  For example, is Julia Montague really dead, or is she faking it so as to emerge and replace the current Prime Minister when, as it was hinted, he resigns?  (Remember Jon Snow in Game of Thrones.  We all thought he was dead, didn’t we?) If the show is rated a success, you are poised to write the sequel; maybe more than one.  And now you’re on the path to fame and glory and the ability to purchase that little old thatched cottage you’ve always coveted by the sea down in Cornwall where all is peace and quiet and conducive to the creation of your next ‘gripping’ saga of adventure, intrigue and hokum.  Go for it!

There’s no need to pay me any money for showing you how to become a successful writer of television dramas.  Go make your fortune and just send me a case of award-winning wines as a thank you.