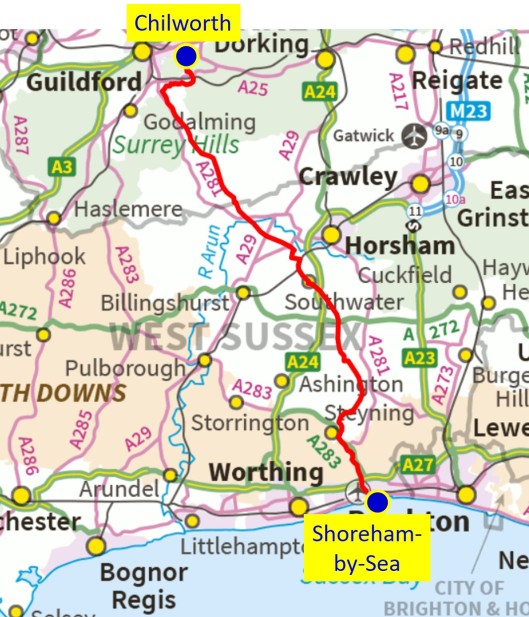 A couple of weeks back, Carol and I walked the 37-mile Downs Link long-distance path starting at Chilworth near Guildford and ending at Shoreham-by-Sea on the south coast just west of Brighton.  The Downs Link, so-called because it links the northerly east-west North Downs ridge with the southerly east-west South Downs ridge, took us four consecutive days (we don’t walk so fast these days), B&Bing and pubbing overnight, carrying all we needed on our backs, and mostly following the path of disused railway lines that originally connected Guildford to Horsham and then Horsham to Shoreham. Both lines were closed in the mid-‘60s following the recommendations of Dr Beeching.  The trail is easy walking; the path flat, straight, and well maintained; and the weather was kind except for one afternoon when the heavens opened causing us to don our wet-weather gear for the last stages of the day’s walk.

This will be the last long-distance trail we’ll walk for a while, but hopefully not forever.  In June 2015, I had a total knee replacement operation on my left knee necessitated by the wearing away of the medial meniscus.  The operation has been a success but at the time the knee surgeon told me that the right knee was also displaying the same problem and that, eventually, I would need a right knee replacement.  He gave me two years.

In the event, the right knee has lasted four years but the time has now come to have the operation.  I’m planning it for this coming September after all the summer holiday activities with the granddaughters have ended. The Downs Link walk was okay but, on occasions, I needed paracetamol to deaden the pain caused by any decline in the path and, these days, I rarely go out without my two trekking poles in case the right knee suddenly and without warning gives way.

Here’s just a few shots from the walk.

At the start of the walk, just outside Chilworth 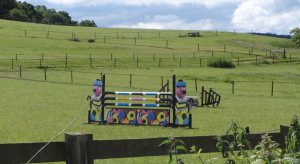 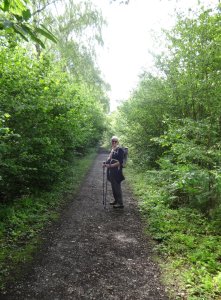 The way ahead – long and straight

Restored Baynards railway station, used by the BBC in the 1957 series, The Railway Children, based on Edith Nesbit’s 1906 book,

Iron girder bridge built over a brick arch, built in 1865 to carry trains over the River Arun.  Used as the waymark symbol for the Downs Link. 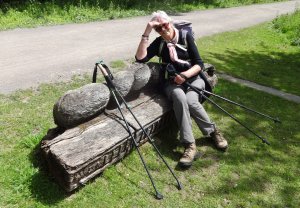 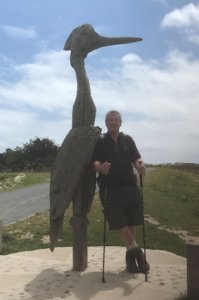 3 thoughts on “Downs Link long-distance path: the last walk for a while?”