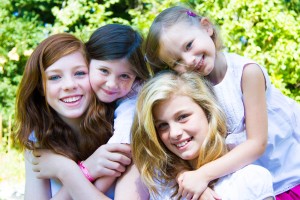 Twice recently, following the UK Referendum’s vote to leave the EU, I have had the “I fear for my grandchildren” sentiment expressed to me in private e-mails.  I ask myself why—why fear for your grandchildren just because we have voted to leave the EU?  What is the nature of the fear?   That they, the grandchildren, will never have the opportunities to travel/live/work in EU countries as  afforded by the freedom of movement enshrined within Article 45 of the Treaty of the Functioning of the European Movement (2007); that our severance from the EU will lead to a collapse of the UK economy; that our departure will trigger World War III; that the UK will become a second-class nation with a resulting negative impact on their standard of living, education, health and general wellbeing; that terrorism incidents within the UK will rise; that opportunities for higher education and new business developments will decrease; that the UK will break up with, first, Scotland declaring autonomy and, second, Northern Ireland seeking reunification with Ireland; that… ? What exactly is the nature of the fear?

I could argue deep into the night about the probability of each of these possible “fears”, and more, but I won’t.  Until Article 50 of the EU’s treaty is invoked by David Cameron’s successor, nothing has changed.  The UK is still a fully paid-up member of the EU.  Article 50 allows for a two year exit plan for an EU member nation but get this—it’s never been invoked.  Like a new release of a software program, you can guarantee it’s full of bugs waiting to be uncovered and fixed and it is very unlikely that the process will be complete within the two year period.  The withdrawal process could take far longer than this (some predict ten years) and in the meantime other seismic events could take place in Europe—other member nations could call for a similar In/Out referendum; the euro might collapse triggered by Greece’s declaration of bankruptcy; EU lawmakers might change the fundamental nature of Article 45 to ease the open borders policy; the EU might be dragged into a war with the Middle East to reduce the threat of Islamic State terrorism and to stem the flow of migrants.  Who knows what might happen in the near future?

But, back to the fear factor.  We have long been a nation of enterprising adventurous inventive and courageous people.  Our history provides testimony to this.  Why does exit from the EU change any of these national characteristics?  Have we removed these characteristics from the makeup of our grandchildren?  Have we turned them into feckless timid cautious and cowardly people?  From the evidence of my own adult children and burgeoning grandchildren and those of my friends and family, the answer is a definite no.  So why the fear?  Our offspring and their offspring will prosper just as we have done.  They will invent, be courageous, be enterprising and above all survive in a post-EU UK society.  If they don’t, it’s our fault, not theirs, for we have made them what they are and what they will become.

4 thoughts on “I fear for my grandchildren”