Maxima Zuckerberg VI: death marks the extinction of the human race on Earth

The death is announced of Maxima Priscilla Karen Zuckerberg VI, the great-great-great-great-granddaughter of Mark Zuckerberg, the founder of Facebook.  She died peacefully at her twenty-seventh home in New York on Thursday 22nd April 2235.  She was the last surviving member of the human race on Earth. 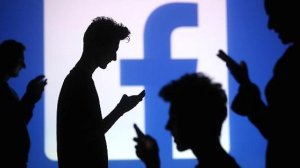 SixMax, as she liked to be called, was born on Saturday 9th July 2157 into the world created by her great-great-great-great-grandfather, Mark Zuckerberg.  In the year of her birth, the population of the world was down to just a few thousand people.  Her book, How my Great-Great-Great-Great-Grandfather Engineered the Extinction of the Human Population on Planet Earth, will be remembered for its biting satirical analysis of how her great-great-great-great-grandfather’s invention, Facebook, brought about the demise of human coupling and hence a dramatic fall in the birth rate throughout the world.  In her book, she wrote about the effect of social networks, such as Facebook, and how people became obsessed with the number of ‘friends’ and ‘likes’ to the point that they withdrew from all forms of physical interaction with fellow humans and communicated only with the virtual forms projected via their augmented-reality smartphone, and its successor, the ubiquitous all-in-one no-need-to-wash-or-ever-remove always-connected wearable social-network communicator named the LifeWaster®  She discussed the history and social significance of the Selfie of the Year Award presented at the annual four-week Facebookers and Friends convention in Las Vegas which attracted millions of selfie takers anxious to demonstrate their extreme selfies fully loaded with excitement, danger and much pouting.  She also discussed the rise of the anti-selfie brigade and their counter-convention, held in Mogadishu, in which the most coveted prize was The Worst Photograph of a Meal I am About to Eat Award.

SixMax will be remembered too for her scathing criticism of the Who Has The Most Friends? competition.  Held every month, Facebookers were invited to submit their current friends’ count for scrutiny and validation.  The person with the highest certified count became a super-friend and was allowed one free visit (refreshments not included) to the Mark Zuckerberg History of Social Networking Museum thus saving on the standard entrance fee of $1 million. This competition reached its peak in 2107 when Mark Zuckerberg’s great-granddaughter, Maxima Zuckerberg III aged just five years old, won the competition with a ratified count of just over 9 billion friends, almost 70% of the world’s population.  One year later saw the grand merger of six of the most popular social networks—Pinterest, YouTube, Facebook, LinkedIn, Instagram and Twitter.  Known unofficially as Pyflit (from the initials), SuperFacebook Inc, as the resulting conglomerate was named, became the largest publicly traded corporation in the world, replacing other giants such as Apple Inc., Amazon Inc., and Samsung Electronics.  SuperFacebook’s wearable LifeWaster® communicator, billed as the ultimate social networking product allowing everybody to be everybody’s friend was credited, if that’s the right word, with instigating the very sharp decline in population.  Put quite simply, people all over the world stopped meeting with and interacting with other people and thus stopped making babies!  They retreated into their digital cubes and interacted only with virtual people.  “Sex with a virtual person does not produce a baby!” SixMax often used to say.

Other topics, such as the short-lived Smartphonolics Anonymous program, the rising number of fatalities caused by walking Facebookers and SuperFacebookers not looking where they were going, and the development of emoji-based grunt-and-gesture language to replace normal conversation were among SixMax’s pet peeves but by the time she was old enough to articulate them, there was no-one left to articulate them to!

SixMax’s last days were peaceful.  Her attendant robots saw to her every need, well almost.  Some even pretended to be human but were unable to respond to her frequent “Gimme! Gimme! Gimme! a man after midnight,” requests.  “There are no men left,” the robots said, “and we are not programmed to perform artificial insemination.”

Maxima Zuckerberg VI will be laid to rest by her robots in the Zuckerberg family crypt in Palo Alto, California, on Wednesday 28th April 2235.  She has requested that nobody attend bringing no flowers and that all donations are sent to the Rest Home for Infirm and Out of Date Robots.

This news bulletin has been created automatically by We Robots Now Rule News Corporation, and posted on SuperFacebook.  It will be transmitted to the small colony of remaining humans residing on Mars.  It comes with a suggestion: make love, not friends!