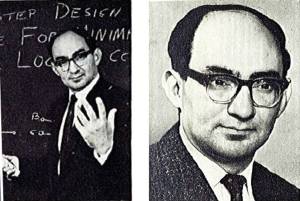 In January 2016, I published a blog about someone who in the space of just one hour had a profound impact on me and influenced my professional career forever.  In 1973, one year into my new employment as a lecturer in digital electronics at Southampton University, I attended a summer school at the University of Canterbury at Kent.  One of the presenters was a professor from Calgary University in Canada and for one hour he presented the basics of one of my teaching topics with a performance that left me indelibly marked.  The professor’s name was Demetrius Zissos and in that one hour he taught me the fundamental difference between lecturing and teaching.  I came away from his presentation vowing that, one day, I would teach as he did, from the heart, with a deep understanding, and a masterful delivery.  You can read the full story here.

Such is the power of the Internet and the Web that in January this year I received an e-mail from one of Zissos’s four sons, Adrian, telling me that his son-in-law had spotted my blog and providing some details about his father and his teaching career.  Adrian’s e-mail was followed by an e-mail from another son, Nick (more later on Nick, or Nico as I now know him); Zissos’s ex-wife, Diane; a gentleman called Bill Rose who had also attended and remembered a ’70s’ lecture given by Zissos (albeit at a different event to the Canterbury summer school); and another gentleman called Richard Barker whose mother was Zissos’s sister i.e. Zissos was Richard’s uncle.  I am indebted to all these people who have contacted me and supplied the various images in this blog.  I now have a more complete overview of Demetrius Zissos’s life.  In summary: 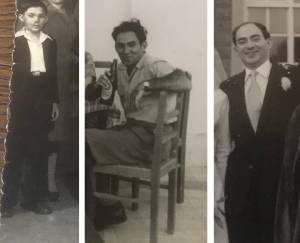 – Zissos was born in 1933 in Ismailia (Egypt) to Greek parents.  (I was right about the Greek ancestry.)
– For a while, he worked for the British Met Office in Ismailia but moved to the UK in 1953 to take an electrical engineering degree at Manchester University where his interest moved towards what was then called computer science but nowadays we’d call digital electronics.
– After graduating in 1956, Zissos worked variously as a lecturer (Liverpool College of Technology) and consultant in the UK until 1969 when he and his wife and family uprooted and moved to Calgary (Canada) where he took a position on the academic staff of the Department of Computer Science.
– Zissos died in 1984, aged 51, from heart problems.  He is survived by his wife, Diane, who re-married, and their four sons, Adrian, Andrew, Nick and Pete. 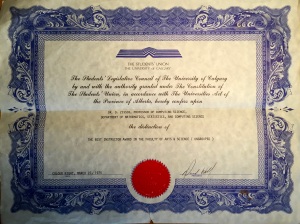 After Adrian had contacted me, his brother Nick also came online and as it turned out was going to be in my vicinity earlier this month.  We arranged to meet, sampled some beers and wine, and chatted about everything and anything including, of course, his father.  It was a fascinating exchange and caused me to think that here I was chatting to a man whose father I had listened to but never met forty-four years ago, and all because of the power of the Internet and the World Wide Web. 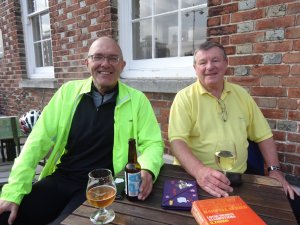 Meeting with Nico Zissos, 4th May, 2017
Courtesy of the man on the next table who took the shot!